The North American Alpaca Show was held April 1-3 2011 at the Eastern States Exposition Center in West Springfield, Massachusetts.  The weekend was beautiful and the show had many entries, making for very competitive classes. 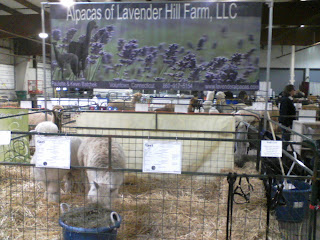 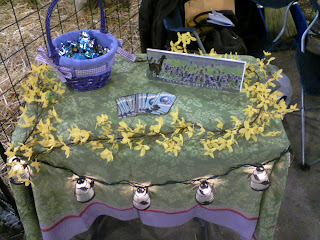 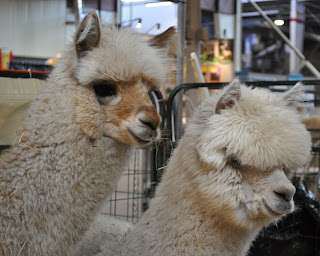 We brought two females that were both born at Lavender Hill Farm.  This was Rose Petal's second show and she was shown in the Huacaya, Full Fleece, Yearling, Beige class.  There was 12 alpacas in the class and she did not place. 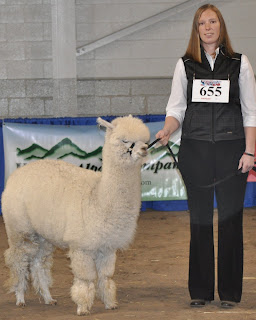 This was the first show for Mellea and she was in the Huacaya, Full Fleece, Juvenile, Light Fawn class.  There was 11 in her class and she did not place.  It was a great experience for the alpacas as well as for ourselves!  We had a great time watching classes, meeting new people and seeing old friends. 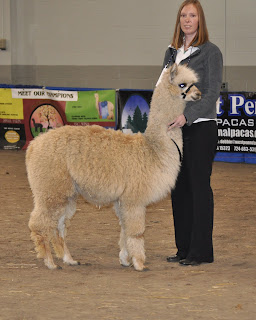 Posted by lhfalpacas at 11:21 AM No comments: